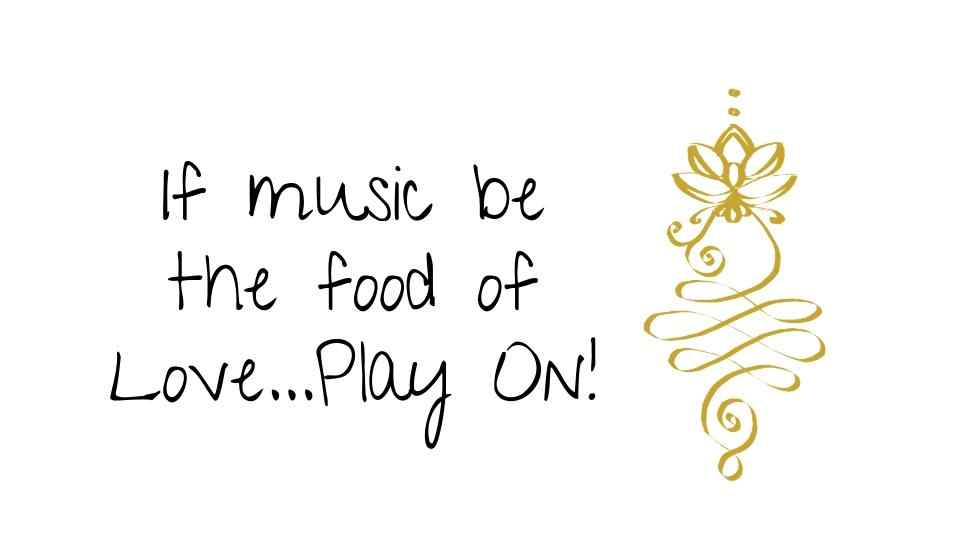 If Music be the food of love….play on!

Shakespeare seems to have been a pretty wise person. Or persons. Or character, depending upon what you read, by whom, and their own theories on him. We will never really know, other than some of his quotes, story lines, theories etc that have been so “true” that they have survived centuries…and speak to us today, as they did when he wrote them, all those years ago. Music being the food of love, is one of them.

We all have a “soundtrack for our lives”. If you think about it, hearing a certain song on the radio, or youtube, will “bring you back” to a specific point in time, and all of the memories and emotions that go along with that time. Happy or sad, you’re right back there in that moment. I’m old enough to remember “mix tapes”, the “mix CD’s”, and now I believe the cool kids are building “mix playlists”. So that you can share music that touched you, with another special person….some even hope that their choices convey a message of love, or hope or even the old “you suck” playlist. I think we all have one of those lying around somewhere. They normally get played at the highest volume! ?. We all know what “rolling out the Barry White” means…..

Music and self care, for most people, go hand in hand. I’ve never met a person who does not like music. Their tastes may not be the same as mine, but they find a genre that speaks to them, soothes them, uplifts them…in the a way that is just right for them, and they go with it. In dark hours, in celebrations, in life in general, the music is crucial. It can also be healing, enlightening and joyful.

Many meditation practices include a “sound track” along with the guided words. Back in the early days, I found them useful to guide me into that sacred space, and to open both my heart and my soul to the process. There are some pieces I now hear, and I am immediately back in that calm space. These days, I prefer a silent meditation, but it took a long while to get there. Years in fact.

When I practice or teach Reiki, I also have carefully chosen music playing softly. As it “sets the tone” for the healing. It supports peace, calm and healing, and contributes to the entire session in a special way.

One of the things I learned with great interest, during my “seeking” years, is that people who survive near death experiences report hearing “music” that sounds like “angels singing”. I have always found this to be further validation, that music, is a key part of this human experience, and a key gift we have both for ourselves and others.

There is a book called “The Afterlife of Billy Fingers” – you’ll find the link on my reading list. I think it is self published, but would have to check. I originally downloaded and read it, as it is an afterlife communication from Billy, to his sister, who wrote the account. Billy was a “bad boy” in this life. An addict. His end, was probably not what any of us would like for ourselves or anyone we loved. I was fascinated to read both his account of how he transitioned, what he learned, and how he is now….and also the account of his sister. His Sister had “followed the pull” a year or so before his death, given up her medical practice, and spent a year or so sitting on a cushion meditating. I believe this is key, in that, had she not raised her vibration with that time and process, or followed that “pull”, Billy’s story would not be with us now. I’m so grateful to both of them.

But I digress, one of the things Billy talks about, is the music. The Angels singing, which is so beautiful, its beyond description or even in some ways, comprehension….and then………then he refers to a classical composer called Jean Sibelius. Specifically, Symphony No.1, The Swan of Tuonela. According to Finnish mythology, Hades is surrounded by a broad river of black water and rapid current, that is populated by swans, who cruise around singing this song…..”in majestic fashion”.

“This is one of the most strange and haunting pieces ever written. It pulls us into a vast, eternal soundscape of slowly-shifting colors. Dark, frigid watery depths meet shimmering light. But enough description. As Sibelius once said, “Music begins where the possibilities of language end.””

This, according to Billy, is pretty much what angels singing sounds like. As you can imagine, I was straight onto iTunes to download that album. I would not consider myself a classical music fan. I do own a few pieces here and there, but they are not my “go to’s”. This though…….firstly I recognise this one. My uneducated self just didn’t ever really think about it too much. It’s the key piece from the movie Fantasia, so we’ve probably all heard it at some point in our lives.

In listening to this, I can’t help but feel that this piece was actually “channelled”. We have all heard of artistic geniuses who claim that all they do is “get quiet”, and allow the music/art/words to flow. I feel that this is the case with a lot of music, but this one in particular, certainly.

My point though – if you want to hear how angels sound….go take a listen to this. I have the whole album now, and I find myself playing it pretty regularly in the background, as I work or clean or just wander around the house. It is soothing, and I feel, a sacred piece. When I am “blocked”, flat or just stuck, this music, in particular, elevates my mood, and reconnects me with myself, and my service….I find things flow more easily and effectively from this place. Try this one, if it does not “speak to you”, keep looking. You’ll find one that does. Turn it on whenever you have the space. No need to overthink it. Just hit a button and let it play….and then feel the peace descend. Take note of the rise of “love” as the music plays, and how that feels in your body. Simply enjoy in presence. Namaste…… 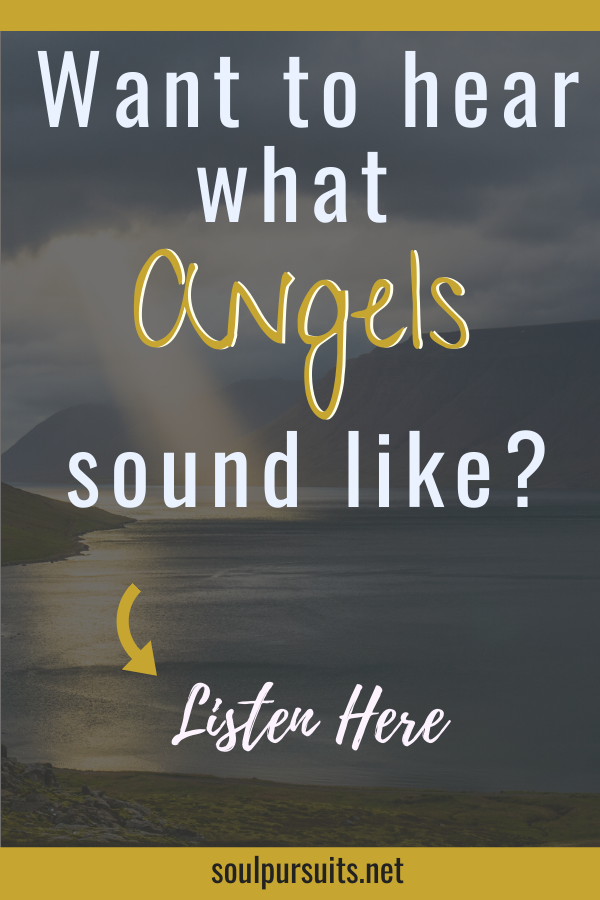