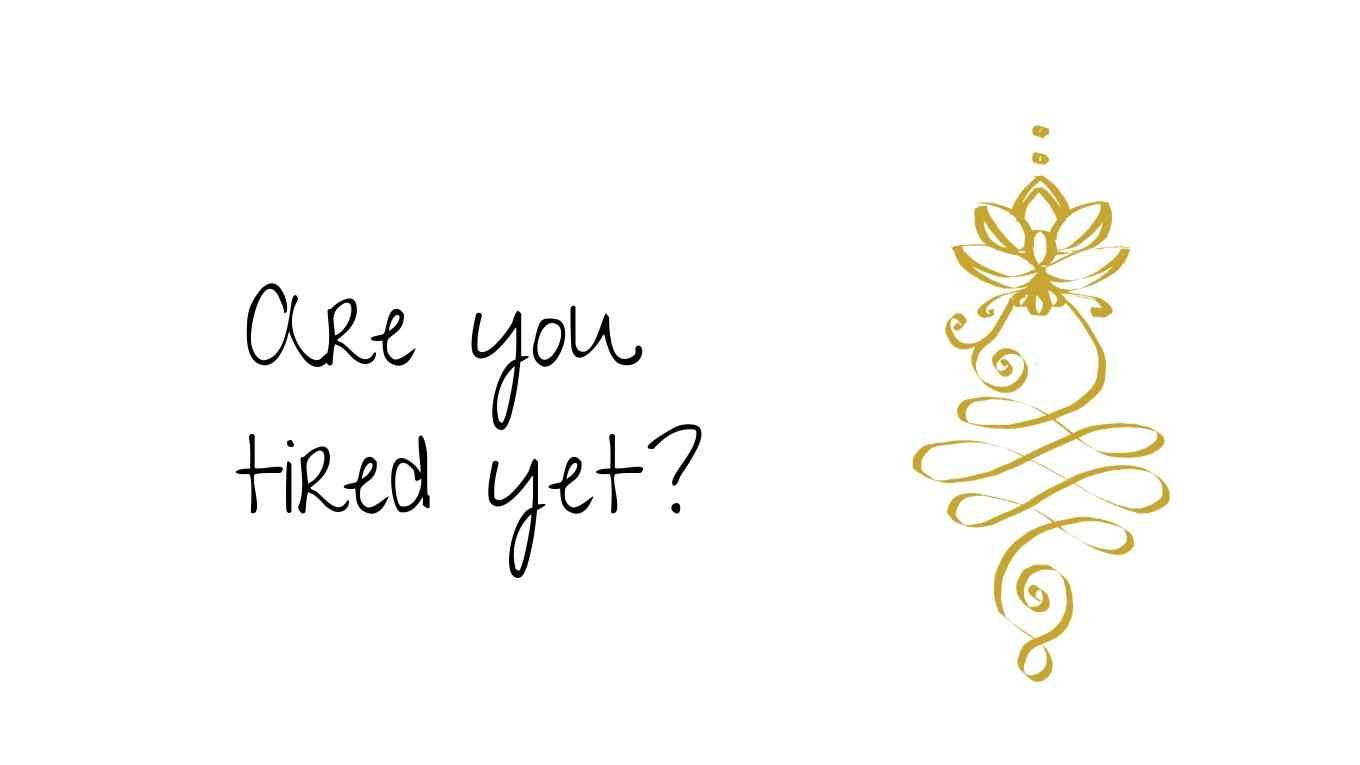 I’m sure you will recognize a lot that I write here. After all, if you were not doing some soul searching, you would not have found this page or any of my work. The soul searching phase commences at different times for all of us and will often have different intensities. Occasionally, when things get a bit too “mind-blowing” we tend to back off a bit. Which is normal, and healthy. If you find yourself in the seeking phase, you probably:

I could rattle off a list of authors that you have probably consulted. Me too. They are fabulous and I’m so grateful to them for sharing their knowledge. The information makes sense. You “know” within you, when you read something that is true for you. Not all of it is, and that’s ok because it will be true for someone else. You attend seminars, sign up for live streams and absorb it all.

But then, you still go to work tomorrow, you still need to pay rent, there is still family demanding your time, and you still want to climb that mountain you saw as a kid that still calls you. This is all completely normal. Some manage to balance the two for many years. Others crash and burn into a “traumatic event”, such as a depressive episode that will not shift, a divorce, losing your job, becoming homeless, the death of a support system, major illness.

For myself, I managed it pretty well for many years. I saw that I had two paths and walked them both. But they didn’t intersect often. It was not until I experienced some major personal losses (my faith and a key relationship), that I decided to take a year off work and “just do it”. That was both my life’s best and worst decision.

There is a process between “Soul Searching” and “Being” called “ego-stripping”. It’s unpleasant. To put it mildly. Often the trauma that we experience, is a way of forcing that stripping. Because not many people can manage it voluntarily, and without a traumatic event. (Ego is not to be confused with personality, they are two separate things. Just because you lose your Ego, does not mean you will cease to be “You”. It just means you clear fear-based blocks.)

The ego is strong, it will fight you to the death to stay in control. If you have read Eckhart Tolle, you will know that for him, it was depression, and the plan to take his own life, that effectively stripped his ego. He is still, the only person I have ever met, who encapsulates the concept of “being” in a constant and mind-blowing way. I can only hope, to ever achieve even a fraction of his “being”. Simply to be in his presence, is to know peace.

For me, the Ego Stripping occurred in Santiago, Chile. I was in a bad way anyway, quite down, and not really functioning that well as a human or as a being when I dragged myself off the plane there. It got worse before it got better. For me, I put myself in a position where I had nothing and no one. I was no longer a lawyer or a teacher. When people asked me what I did, I had a standard reply; “whatever I want”. Because I had nothing else. The old humor deflection. You have to love it.

I no longer had a family or friends, I was alone. None of my old identity. People also kept asking my last name, which meant something at home, and in Chile, last names are a “thing”, but mine wasn’t. I also looked odd – being a tallish, red-haired white woman in a country of smallish brown people – meant that I was simultaneously invisible and impossible to ignore. Also – Chileans tend to wear brown clothes or earth colored clothes. My preferences for fucsia, yellow and leopard print did not really help much.  I wore them anyway.

The Spanish I thought I had learned before going there, was completely ineffective. So on top of all else, I lost my language. For a grammar Nazi and lover of language and words like me, that may have been the hardest part of all. I was silenced so effectively, that in hindsight I cannot imagine a better way of getting me to shut the f**k up and listen. Nice one.

I was forced into silence and isolation. I did not feel “safe”, and I was pulled to meditation. Because it was the only thing I could think of to do. Still to this day, my meditation when I am in Chile, is “off the charts”. It may be the altitude. It may simply be, that that is “my place”. Which I don’t particularly like, because life is a tad difficult there for me. Still, I go back regularly, and I do feel that I will live there eventually. Permanently or not I don’t know.  I’m still working on my Spanish. I still suck at it. Those Andes though…..

I was also robbed, ripped off, made fun of, ignored and basically pushed to my limits. It was not a fun time. I had planned to attend a Tolle retreat in Northern California as part of my gap year, and it was not until I arrived there (even more battered and bruised than when I first arrived in Chile, if that is even possible) that it all came together for me. I could finally speak English again and had absolutely NOTHING to say. The irony was not lost on me.

I sat down in a small group, with Eckhart Tolle, and he began to speak. He does not plan his talks, he simply makes himself available, and says the words he is guided to say. His topic for that session, became (SURPRISE!!) Ego Stripping. He described the process by which we lose everything. Our profession, home, identity, money, friends, family etc….and as he was speaking I started to get it. Really get it. It was not exactly pleasant. In fact, it was the exact opposite.

I got that the process I was going through in Chile, was me being stripped (kicking and screaming I might add) of my ego. Whilst I obviously did plan it, I had no idea what I was planning for myself at the time. I also “got” very quickly, that now that I knew what this was, I had two choices; Go with it or continue to fight it. Fighting it is unpleasant. As you possibly know. Because we keep getting smacked in the face until we “get it”. So I decided in about 10 seconds flat, 30 minutes into an ET talk, that I was done. This was it. Knees to the floor. Nothing left to lose. I’m in. All in. And to hell with the consequences. (In the back of my mind, I still thought I would just resume control if it failed – that was my ego, in its death throes, attempting to bargain for control).

From that point forth, I embraced my isolation, dived into meditation, and even offered meditation classes is Santiago. They were mainly attended by other ExPats who spoke English, which helped. My motto was, and is, “Como enseno, yo apprendo” or “when I teach, I learn”.

I spent a year, meditating, journaling, observing, reading, attending workshops and other teachers. I consider it a crash course in “being”. Because when I returned to my “life”, nothing was as it was before. Yes, I went back to my home, I picked up parts of my previous work, but nothing was the same. I still had problems with language, but this time, it was English. I was not “me” anymore. From my new state of being, nothing has been the same since. On the downside, I’ve lost some friends. The love is still there, but we have little to talk about these days, and I may, or may not, have heard one of them describing me as “Crazy”. Which is ok. That old life appears “crazy” in my eyes now too.

If you read the next article, on what “being” looks like, you’ll see my life is absolute flow these days. It’s not perfect, I’m not Eckhart Tolle (though I really want to be) but my oh my life is good. I’m in a constant state of abundance and peace. If one of your fears is around how you’re going to pay the bills, please let it go. I make more money than I ever have these days, and I’m not even a lawyer anymore. I have more, am more, receive more, share more, enjoy more, give more than ever…..and I would not want life to be any other way. Its also only now, in this “being phase” that I simply respond to the “pull” or the “call” when I feel it. This website is exactly that, a response to a call to be more available.

So for the seekers. Keep seeking. It’s all part of the path. If any part of my process resonates with you, then the work here is for you. We all need some validation now and then. If you need some help, some guidance, a “witness”…..at times I had longed for a “process”, I’m here and available to you, as and when you need it. Check the “spiritual counseling” option on the site.
If you’re “pre seeking” phase, and still in the Trauma, I can offer you some pointers on that one too. Some places to start, to investigate what feels “true” for you, and where to go. It’s a process. Not always an easy one. Reiki, as a healing modality, can also be enormously beneficial in this part of the process, and again, I’m able to support your path in that way.
If you’re already in the “being phase” and would like to collaborate or offer assistance, please send me a message.